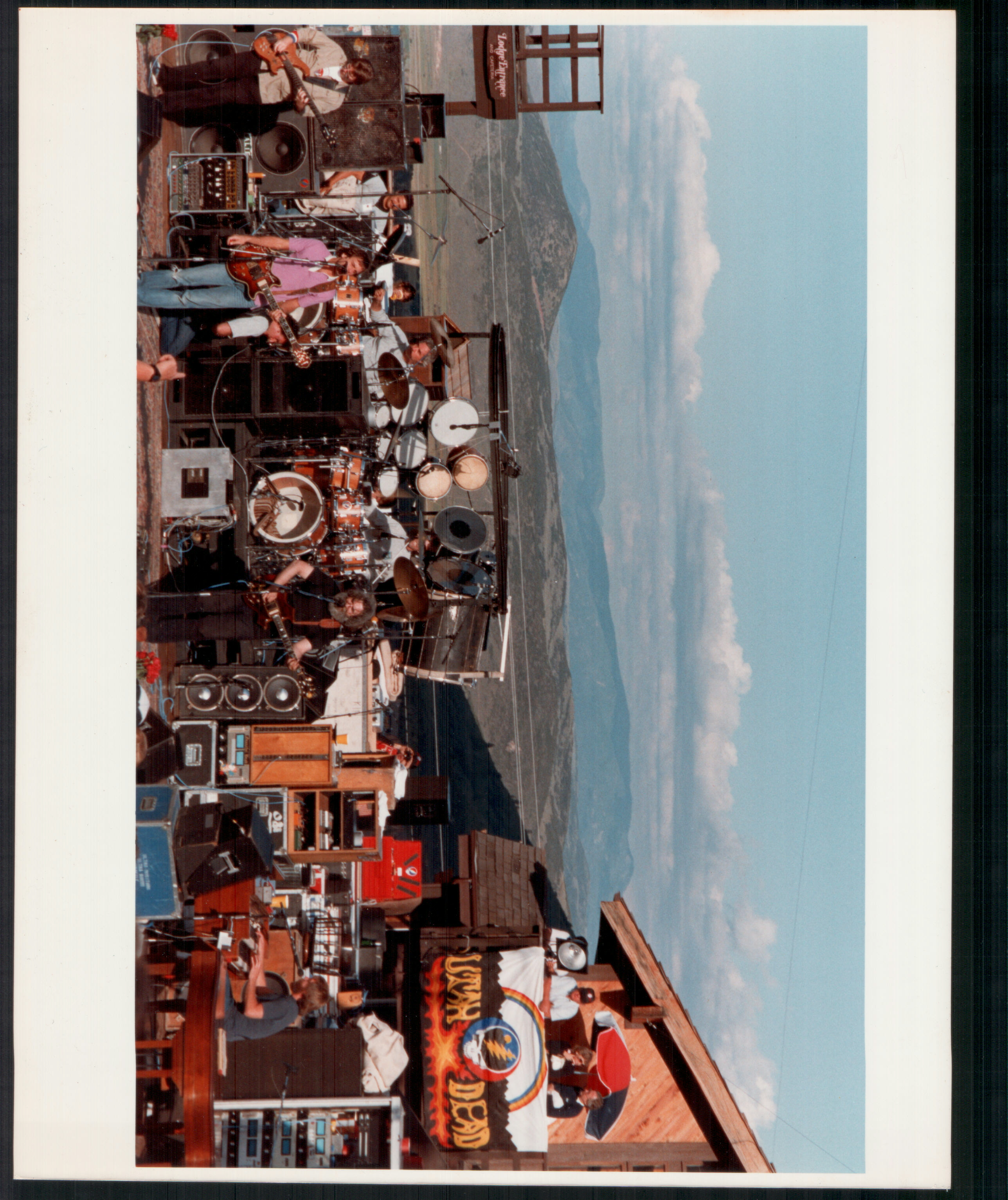 Bertha-> Promised Land, Friend Of The Devil, Little Red Rooster, Tennessee Jed, My Brother Esau, Althea-> Hell In A Bucket, China Cat Sunflower-> I Know You Rider Scarlet Begonias-> Fire On The Mountain, Women Are Smarter-> Drums-> Spanish Jam-> The Wheel-> The Other One-> Wharf Rat-> Around & Around-> One More Saturday Night*, E: U.S. Blues

Reviewer: 80sdeadchild - favoritefavoritefavoritefavoritefavorite - September 5, 2016
Subject: Rocky Mtn High
Excellent audience recording. Band keeps a good steady pace and has the mellow but brisk Rocky Mountain vibe. Jerry's tone is fab, and Brent adding nice harmonies. They were on this day.
Reviewer: Augy - favoritefavoritefavorite - September 6, 2010
Subject: Latter Day or Labor Day?
Well, in response to the last guy I was at this show and I hate to be a snob but unless it's a very early show in which case few of us actually both attended and can remember well enough to review it. So, without a really good reason I rarely ever review shows I didn't go to! Gee, I haven't even got around to reviewing all the ones I was at with something valid to say about each of them yet; because for one thing, not all of them were terrific or even other than generic enough to do so!
This one was a fairly generic with the exception of the always special to me, "Spanish Theme". So much so, that I use it for background on my phone answering recording (in fact I changed from using Irvine from the next year to this one) even though it kind of freaks out some folks who've never seen Grateful Dead and I know of one guy recently who had, but he had only once.
Anyway, there isn't a lot one can say about this show other than it's obvious attractiveness to hear the band it the mountains being a skier who has skied it Utah except not here. Given that it is a mountain it is fairly steep for a concert (but not to much to ski down) much in that respect like Red Rocks (although I didn't go to there this year) or the one time they played at the Boreal Ridge ski area in Ca. So given that, the clearest memory I have, (even though I know for those of you who both didn't go and are trying to decide if this is a good recording it says nothing of the sound etc. thus it isn't any help for which I apologize); but since under normal conditions one can never really see all of (unless I suppose if one at an indoor show in a small theater like perhaps the Warfield were in the balcony, which even when they played there I was still (although I hate to brag yet it is one of the few things in life I ever had consistent good luck with, so far) in the front as usual) what the drummers have at their disposal and are doing etc. that is, here I still see in color in my mind, Mickey with his brass bowls. Which also reminds me of, although I probably already mentioned it in the corresponding review (see Sante Fe (not just for my comments it's well worth it) the next weekend after this, after Red Rocks) on his birthday I talked to him about the steel drums he used to use in the late '70's which he late brought back out briefly!
Regarding the title of this review, perhaps I was mistaken, somehow in part maybe due given how in Weir's solo tune with the Midnights "Salt Lake City" it pokes fun at "Mormon" girls, I thought at the show it sounded to me like he was saying One more "Latter" Day Night, but yes I admit this was near Labor Day (although on a Sunday so not exact but I suppose close enough, which coinincidentally as I write this today is Labor Day) nevertheless; obviously whatever Weir was saying it was unusual and that's what makes shows easiest to remember if they otherwise were generic!
Rewriting this, I'm not mistaken indeed although, in the middle he clearly says "Labor Day" I've now confirmed that he also says either on the last or next to the last time "Latter Day" and at the beginning it's still hard to tell which one exactly he is saying!

I was on tour for my first time during this run. Raced across Utah that day from camp in Zion NP, arrived during Friend of the Devil and walked straight up to the stage. Danced on the slopes during the second set. Spanish Jam was spectacular.

This is just an all-around solid example of a well-played early 80s show. Great Esau, meaty Scarlet-Fire and that sweet Spanish Jam. The recording is a little "mid-rangy," but the clarity and separation of the instruments more than makes up for it. Enjoy!
Reviewer: jglynn1.2 - favoritefavoritefavoritefavoritefavorite - November 13, 2007
Subject: Effing great AUD
This is a fine AUD and I'm surprised there are not more reviews. Dynamite Brother Esau, sweet Althea. Can't Wait to get to China > Rider & Scarlet > Fire.
Reviewer: laptaper - favoritefavoritefavoritefavorite - April 20, 2006
Subject: Awesome sound!
The only reason I'm not giving 5 stars is I haven't had time to listen to the whole recording. I'm tempted to chuck my SBD overboard in favor of this source (and I'm a diehard soundboard snob!). Wish I knew who taped this, (s)he definitely knew what (s)he was doing. (Okay, most likely he, but better safe than sorry. ;-))